An inaugural edition of Irena Szewińska Memorial took place on 12th of June on Zdzisław Krzyszkowiak Stadium in Bydgoszcz. It kicked off with a pole vault competition which took place on Mill Island.

We have contributed to organising this prestiguous event. As a partner and supplier, we want Mrs. Irena Szewińska to be present in athletics.

Mrs. Irena Szewińska is inseparably connected with Bydgoszcz. The queen of Polish sport supported the city many times when it came to athletics events and the mityng took place precisely in Bydgoszcz as a tribute to her.

The most important competition during this event was 400 m woman run. On the track of the stadium, where Irena Szewińska broke the world record with 49.75 s, the spectators were able to see Polish and foreign athletics stars.

Indoor World champions Jakub Krzewina and Karol Zalewski were also there. Spectators were able to see the best hammer throwers in the world, who were competing with each other in IAAF Hammer Throw Challenge. Gold medallist of World Championships and European Championships Wojciech Nowicki and Paweł Fajdek were present at the event. 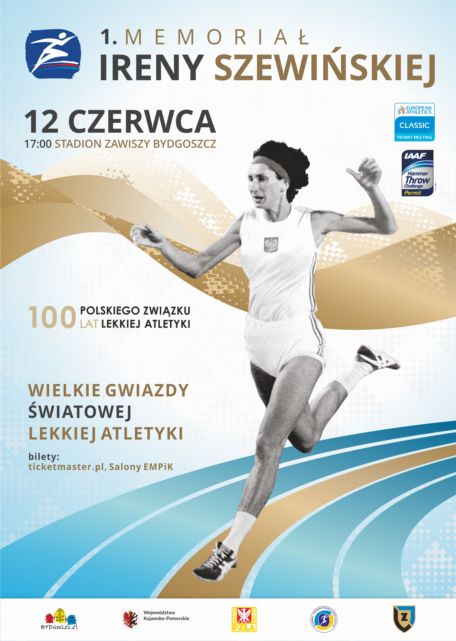